Ride in Scott Base style 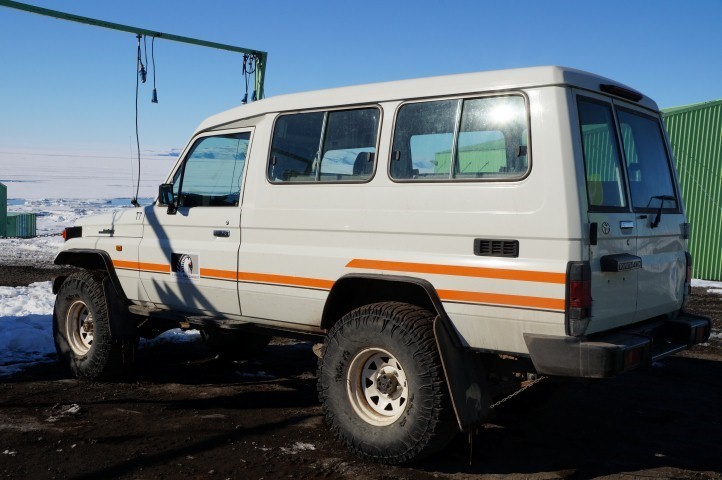 It is 17 years old and has 40,560 kilometres on the clock, but those are 40 thousand kilometres like no other vehicle in the world.

The truck has spent the majority of its life at Scott Base helping support our world-leading science, and is now looking for its retirement home in New Zealand.

“Hillary had his Massey Ferguson, and these days we’ve got our……….white Troopies.

“If the truck could talk she would tell tales of visits to McMurdo Station, driving across the sea ice above the Southern Ocean and transporting scientists up to Arrival Heights to carry out atmospheric measurements,” she says.

Due to its age and condition the truck is no longer fit for Antarctic use. It was part of the vehicle fleet used to transport people and equipment from Scott Base around the local Ross Island area, and has been replaced by a newer model.

It is not currently registered or warranted and is being sold in as is where is condition.