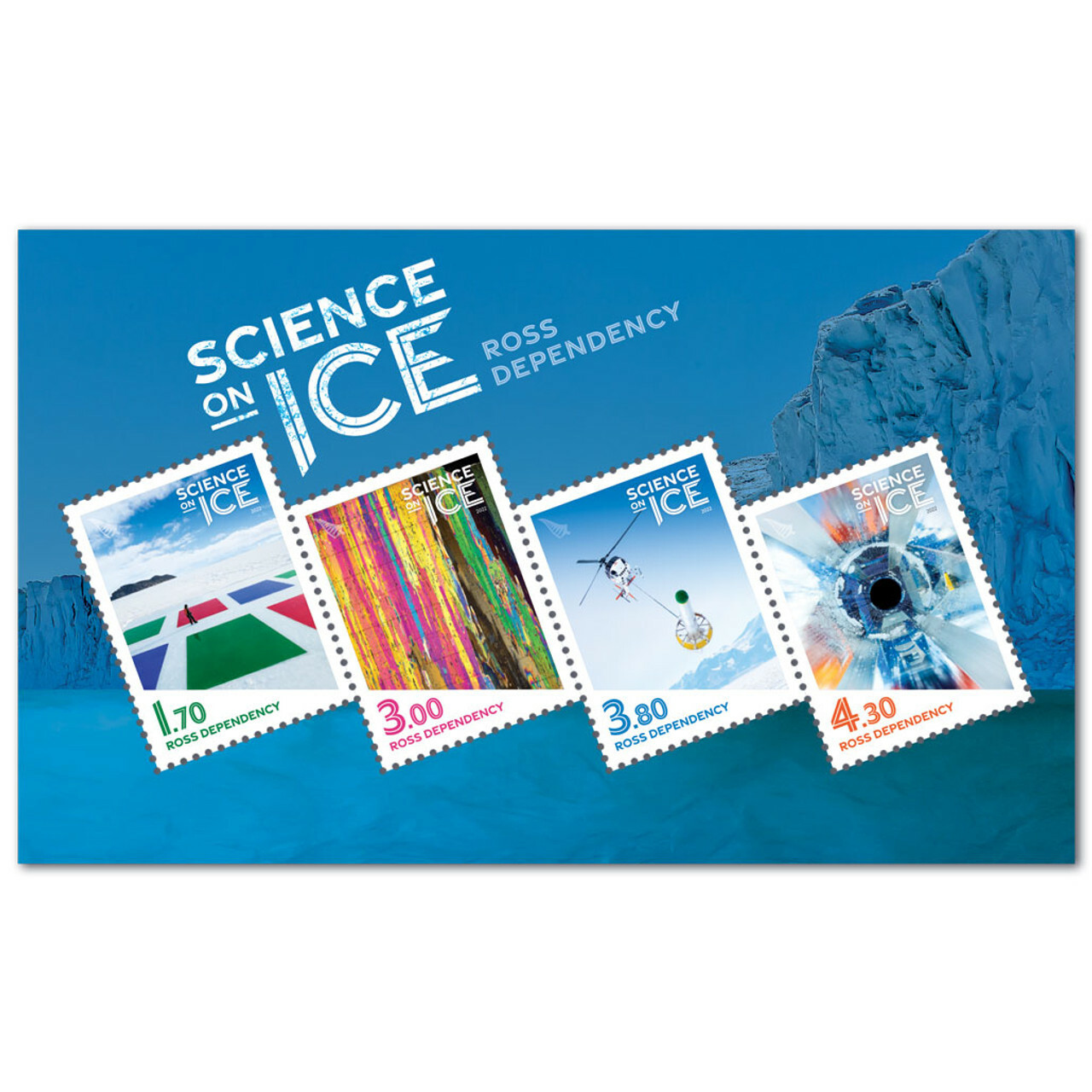 Antarctic sea ice science might happen in a different post code, but the findings will help tell the story of Aotearoa’s future.

And from today, Kiwis can grab a collectable that shows it.

The Science on Ice stamps feature four Antarctic scientists and their ground-breaking research in McMurdo Sound.

Along with their teams, they are investigating better ways to predict the future and, in turn, how the changing climate may impact the fragile sea ice balance.

Antarctica New Zealand works with NZ Post each year to create these collectable stamps to bring a little taste of the ice to New Zealanders.

NZ Post has a long association with the white continent, ever since Sir Edmund Hillary was postmaster at Scott Base in 1957. This has continued, with NZ Post generously funding postgraduate scholarships for up-and-coming Antarctic scientists.

Antarctic sea ice is a key element in the global climate system.

Its growth each winter creates cold, deep ocean conditions that help sustain Antarctica’s ice sheets, it modifies storms in the Southern Hemisphere, and it affects the rate of global warming by influencing ocean heat uptake in the Southern Ocean.

This dramatic seasonal cycle is one of the world’s largest annual geophysical changes, and has a substantial effect on global climate by influencing oceanic and atmospheric circulation.

Sea ice supports a thriving ecosystem of unique marine life from microorganisms to zooplankton to penguins, seals and whales. It also acts as a giant mirror that reflects the sun, which helps stop the ocean from heating up.

While much uncertainty still exists, scientific modelling suggests that sea ice extent in Antarctica may gradually decline as the world’s climate warms.

New Zealand researchers are working, with their international colleagues and the support of Antarctica New Zealand, to unravel the complex systems that interact to drive sea ice change.

The new stamps, which are now available on the NZ Post Collectables website, also feature some of the innovative technology used to study the ice, and how it is changing.

They show the work Emeritus Professor Ken Ryan has been doing around sea ice microbial communities, which live in pockets of salty water between ice crystals in the sea ice.

These algae and bacteria are the only food source for krill and other consumers for half the year, so are a critical link in the Antarctic food web. Ken and his team have been looking at how changes to the environment will impact them.

By using coloured sheets of plastic, they can modify the light above the ice to understand how these organisms may respond.

From microbes to super cool science.

Sea ice usually freezes at -1.9 degrees Celsius, but not when fresh water flows from beneath an ice shelf and mixes with salty sea water. It becomes what’s called ‘supercooled’, and then snap freezes into crystals that attach to the sea ice and form platelet ice.

Where platelet ice is present, sea ice grows thicker and at a faster rate than other sea ice. New Zealand scientists measure the thickness in a variety of ways to help update Earth System Models to better predict our future climate.

Associate Professor Wolfgang Rack takes to the air to conduct his science. He and his team have developed the EM Bird, which is towed under an aircraft and measures the thickness of the ice and the snow on top.

Meanwhile, Dr Natalie Robinson’s team camps out on the sea ice to collect samples and data on platelet ice.

This layer of ice crystals under the sea ice provides habitat for algae, fish eggs and larvae. Using a tool that extracts ice cores, the team are interested the finding out how this habitat will cope in a warming world.

This year’s stamps have been designed by Wellington’s Chris Jones, of Graphetti.