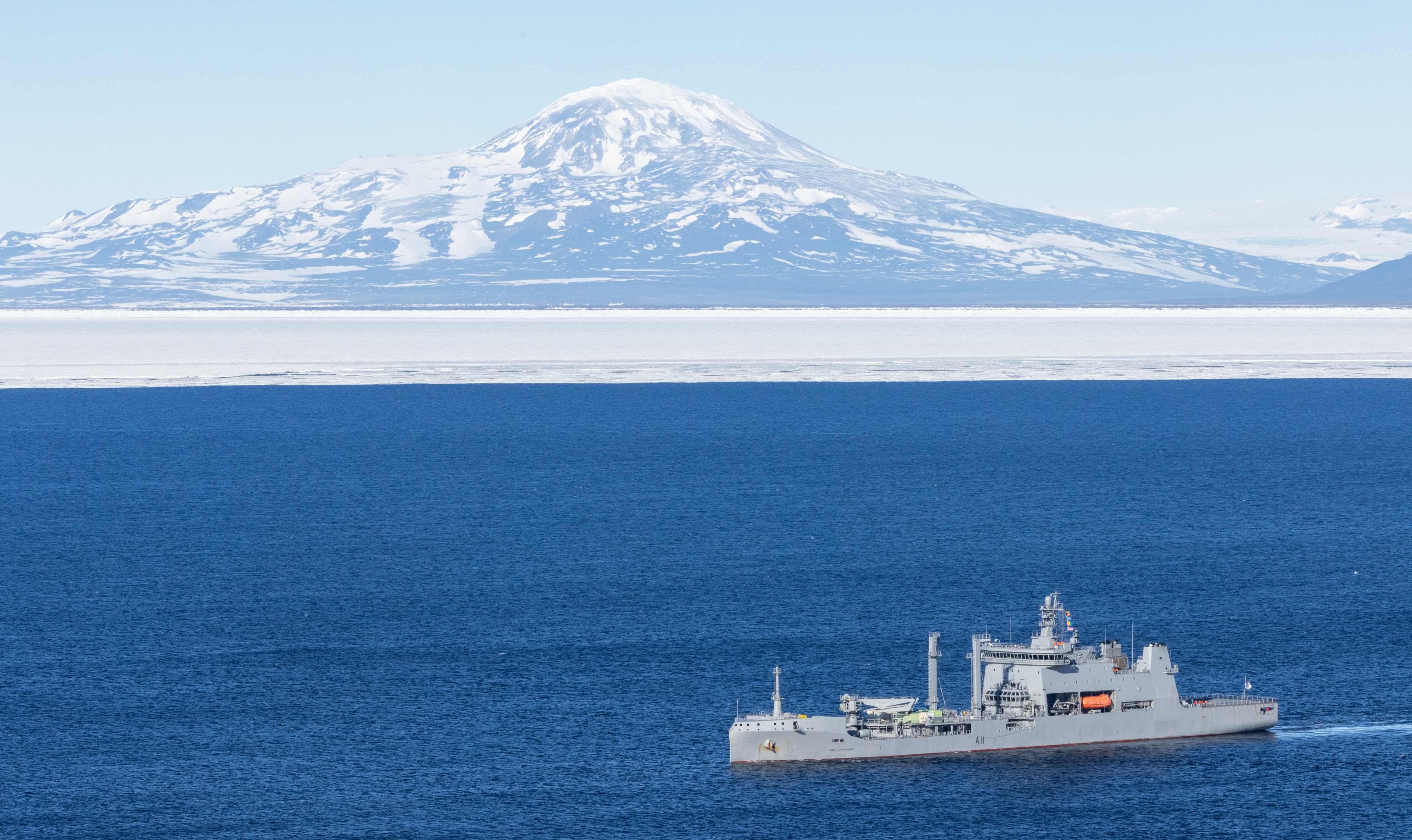 The capability of the Royal New Zealand Navy (RNZN) ship HMNZS Aotearoa has now been proven following the successful completion of its first resupply mission to Antarctica.

The $500-million maritime sustainment vessel was designed for the types of operations it has recently conducted, including its mission to assist New Zealand’s humanitarian assistance and disaster relief operations in Tonga.

Aotearoa has the ability to refuel ships at sea and has completed more than 25 refuellings with both RNZN ships and vessels of other navies. However, it is Aotearoa’s water generation and cargo-carrying capacity that allows it to do so much more than its predecessor, HMNZS Endeavour.

Being Polar-rated also means Aotearoa can sail to Antarctica and berth at McMurdo Station – the first time in 50 years a RNZN ship has been able to do this.

For Antarctica New Zealand, Aotearoa has significantly enhanced the support that can be provided to the continent.

“The timing couldn’t be better, with our scientific research programme and Scott Base Redevelopment both requiring significant logistical support over the next several years.

“We congratulate the Navy on a successful maiden voyage – it’s a complex, collaborative effort and it went smoothly. The team gets a ngā mihi nui from us, we really appreciate the mahi they’ve done.”

For the Commanding Officer of HMNZS Aotearoa, Captain Simon Griffiths, the last month has been testing for ship and crew.

“Aotearoa is an amazing ship, but it’s the people on board that make it work,” he said.

The ship is now returning to New Zealand. On the way back the crew will be conducting a series of maritime safety trials and experiments for the Defence Technology Agency.

These will involve assisting the MetService with sea ice and wave forecasting in the Southern Ocean and Ross Sea by deploying 30 wave buoys. They will also be conducting work with Maritime New Zealand on the application of emergency beacons.

- From the New Zealand Defence Force.