Home › Latest Updates › Take a look inside our new base

Take a look inside our new base 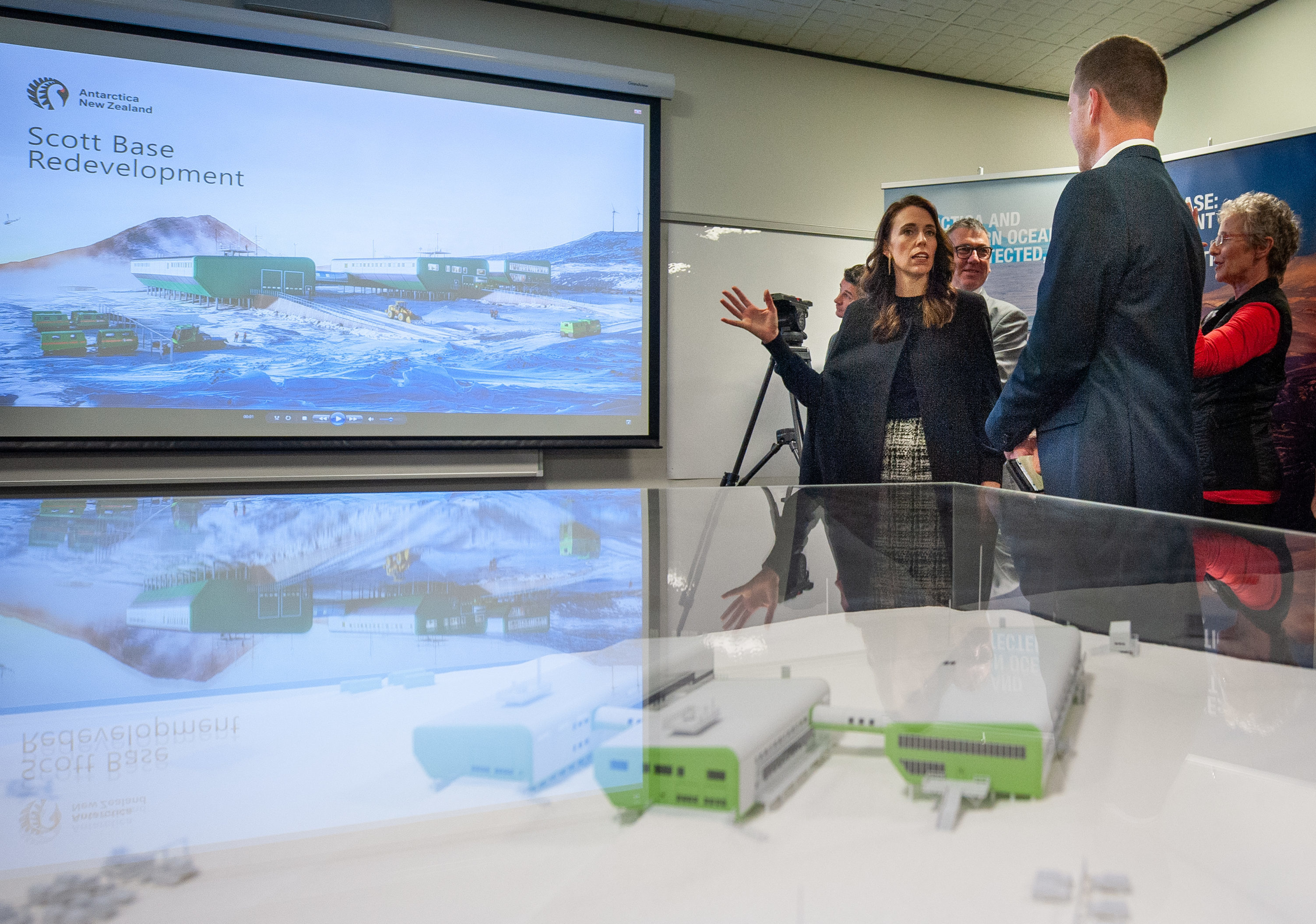 Antarctica New Zealand is excited to share what the inside of our new base will look like.

A video of the interiors, released publicly yesterday – and viewed first by Prime Minister Jacinda Ardern alongside our staff - takes you on a virtual tour inside the new facility.

“It’s a modest, safe, fit-for-purpose facility to support our team on the ice, and we’re chuffed.

“The new base design consists of three interconnected buildings, to accommodate up to 100 people at a time. Of the three buildings one is designed for accommodation, dining and welfare, the second for science and management and the third for engineering and storage.

“As with any house tour, the view is also important to factor in, and you won’t be disappointed! Scott Base sits on the best piece of real estate on Ross Island, the spot hand-picked by Sir Ed back in 1957 when Scott Base was first built. Windows have been strategically placed, to not just take in the view, but also provide important safety information for people working at the base, such as weather conditions, helicopter and people movements,” she says.

Senior Project Manager Simon Shelton says the interior is designed to be flexible for future needs.

“We wanted to make sure we built a base that can adapt to the changing needs of science and technology in decades to come. These spaces get used 24 hours a day, seven days a week, 365 days a year, so they need to be robust, safe and easy to maintain. It’s function over form for this building.

“The base is also designed to ensure the wellbeing of our staff and scientists; there is a gym, space for social interaction as well as quiet corners to read, relax or work in without distraction,” he says.

But it’s not completely out with the old, in with the new. While the new base is modern and refreshed, some of the really special and uniquely ‘Scott Base’ features of the existing base will be included in our new interior.

Currently, in the hallway at Scott Base there is a photo of every team that has wintered-over since 1957. These photos will still be proudly displayed in our new whare, along with the whakairo that celebrates our connection to the Ross Sea.