Viral penguin at Scott Base 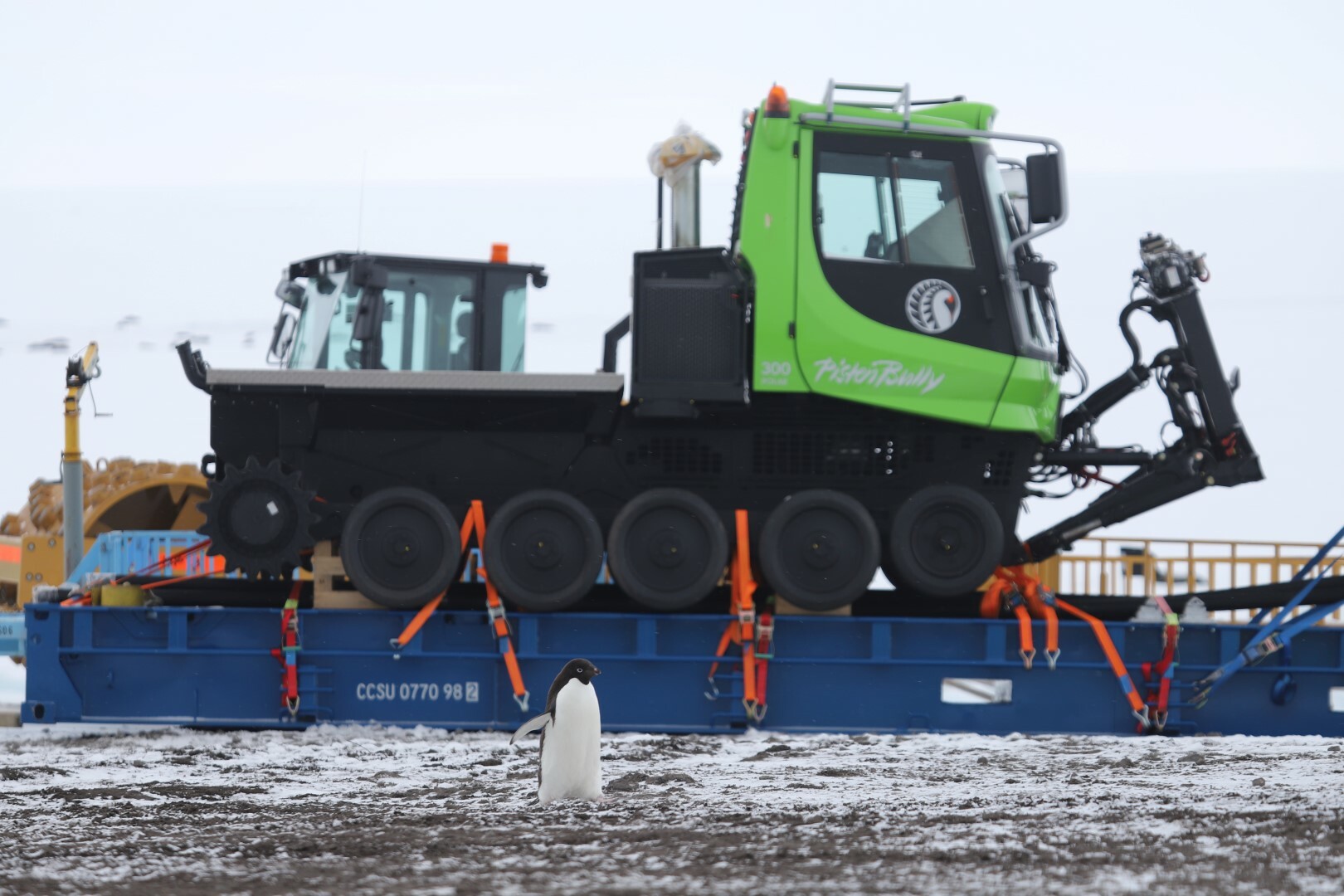 A social media post of a penguin stopping traffic at Scott Base has gone viral, with more than five and a half million views in two days! International media have already been in touch wanting to use the intriguing imagery.

Matthew Jordan, Project Manager working on the Scott Base Redevelopment Project, captured footage of the Adélie penguin wandering around heavy machinery. As per strict environmental/wildlife rules in Antarctica, all machinery had to stop when the bird waddled onto the base during snow clearing.

The TikTok shows a parked digger, with the penguin wandering up and adorably hopping into the bucket for a look.

Matthew started his TikTok account just last week to show people what it’s like to live and work in Antarctica, and uploaded photos to free up some space on his phone. He had no idea it would be so popular.

“I’m amazed at how quickly this has taken off! The previous post showed what it was like to fly to Antarctica and views were rising by hundreds of thousands right before my eyes,” he says.

That post has now had more than one million views, but it’s the cute little Adélie stopping traffic that has really caught TikTok’s attention.

Among the thousands of comments on Matthew’s posts, international media companies have asked to commercialise the content. But his motivation isn’t money.

“I’m more interested in getting the word out about Antarctica and the science we support. Antarctica New Zealand supports world-leading scientists, most of whom are carrying out immensely important research into climate change. If my posts can draw attention to the continent and work they do, then I’ll be happy.”

Matthew, who’s active on many social media platforms, plans to continue adding videos to his latest app. Content creation won’t be an issue - he’s travelling back to Scott Base in January to spend a winter as the Scott Base Redevelopment Supervisor.

The TikTok video can be found here: @mattykjordan