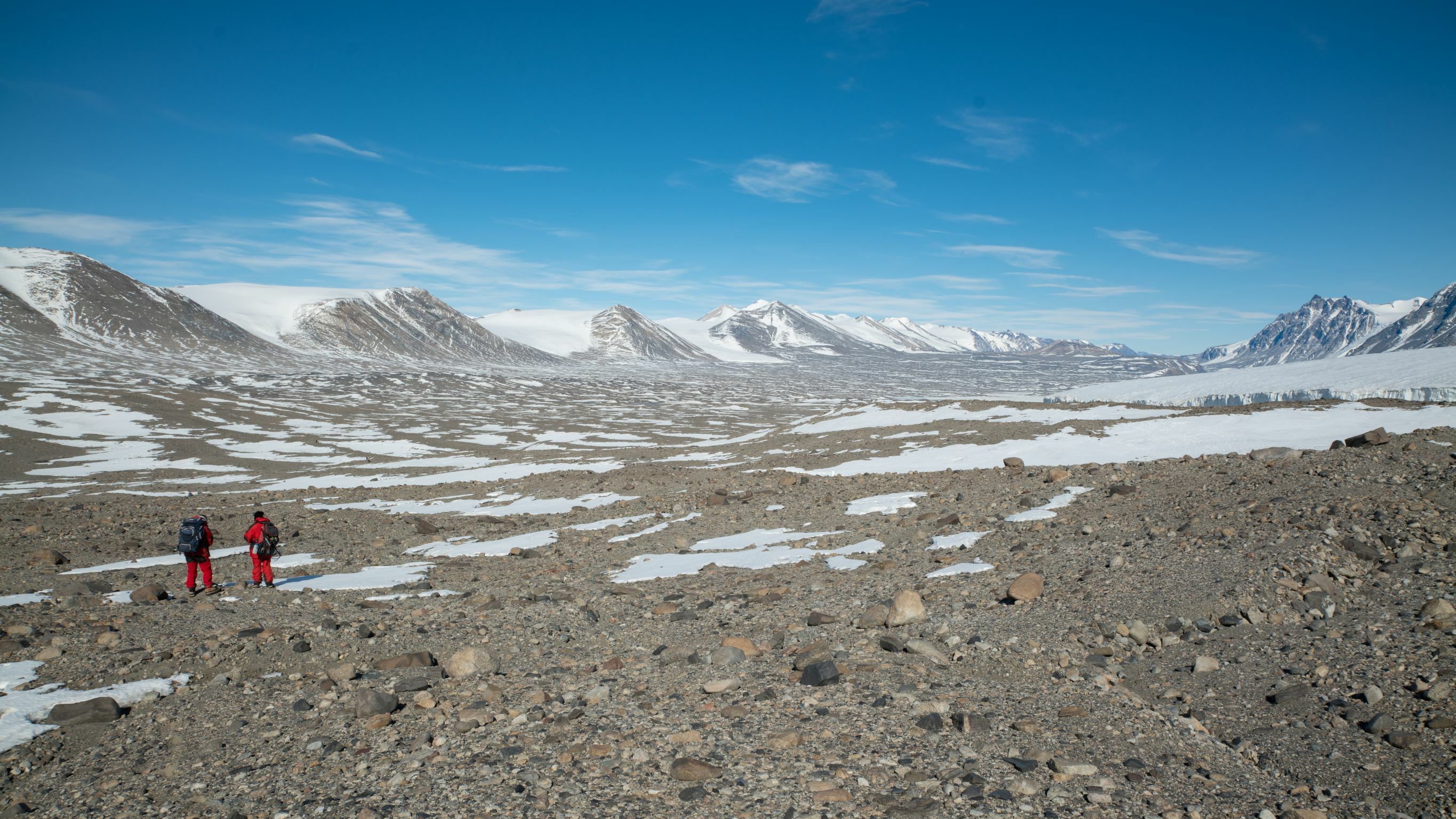 A team of international scientists will head back to Antarctica this month to try and unlock the carbon secrets of the McMurdo Dry Valleys.

In an international collaboration with Italy’s National Institute of Geophysics and Volcanology (INGV), scientists have been investigating the levels of greenhouse gases stored in Antarctica’s frozen ground, known as permafrost.

Professor Gary Wilson, Chief Scientist at GNS Science, says the research team is trying to detect greenhouse gases emitting or leaking from the soil out into the atmosphere as the climate changes.

“What we’re really interested in knowing is what Antarctica’s contribution is going to be to the greenhouse gas content in the atmosphere as the planet warms.”

This season, the team will take gas samples from the Taylor and Wright valleys using probes and chambers, and test the type of gas and its proportions.

The work, which takes place about 70km from Scott Base, is part of a four-year programme.

“We’ve had the probes in for most of the last three years. This year is the repeat survey to have a comparison and confirm measurements,” Prof Wilson says.

Antarctica’s permafrost is made up of frozen sediment beneath the valley floors. It forms a cap on the sediment layers beneath it. Deeper beneath the frozen layer, the sediments contain organic matter from a time when Antarctica was warmer and wetter. As the permafrost warms, any carbon dioxide or methane originating from the organic matter, now trapped within or beneath the frozen layer, will be progressively released into the atmosphere.

While studies have been conducted on gases being released from the Northern Hemisphere’s permafrost, very little is known about similar processes in Antarctica – until now.

Dr Livio Ruggiero, Principle Investigator with INGV, says gas chambers can measure the gas emitting from the surface, but at depth it’s difficult to see.

“What we are trying to see with the resistivity survey is fractures and breaks and changes in the sediment beneath us to see if there are conduits and pathways for the gas to get to the surface” Dr Ruggiero says.

The readings show the geology up to 150m deep to help scientists understand what’s stored below and where the source is.

“We don’t have the answer yet. What we do know is we’ve got gas coming out from the permafrost at reasonably high levels,” Dr Ruggiero says.

“Determining the origin is critical,” added Professor Wilson, “As that will provide clues as to the extent of the gas in or beneath the permafrost and the potential thresholds for its release back to the atmosphere.”

“They bring their collective genius together and make breakthroughs that may not have happened if they’d gone it alone. Collaboration allows for a greater global perspective which is so important when addressing a worldwide issue such as climate change,” Professor Hendrikx says.